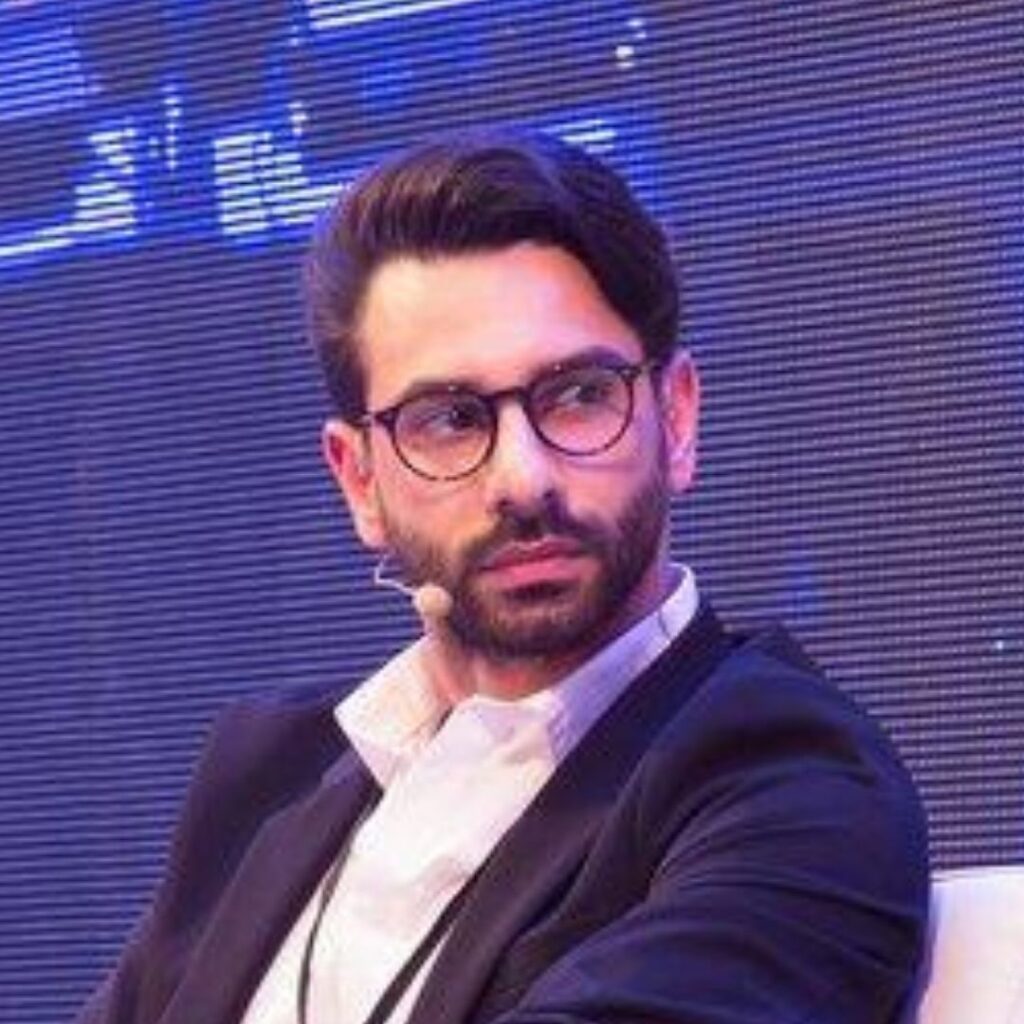 His career started in 2011 in Synnovia, a British B2B industrial group and holding listed on LSE. After 6 years of experience in the company, he became its International Business Development Manager while also working on many Digital projects such as Hessence and Tesla Club Italy and launching a famous Italian influencer, Ludovica Pagani (who in 2015 joined Sky).

In 2016, he became 200Crowd’s Project manager and started working in Fintech in Italy and Switzerland, managing over 20 equity crowdfunding campaigns and reaching over 5 million euros of investments in 18 months.

In 2017 he joined One Day – Scuola Zoo group as Marketing Manager in the Chairty Starts unit together with Francesco Nazari Fusetti. He later became Eidoo (Poseidon Group)’s Marketing Manager and founded Italia Koinsquare, the biggest Italian DeFi community, financing some of the biggest international projects and fundraising over 2 million dollars.

In late 2017 he founded Crypto Coinference, the most important Italian event dedicated to European Fintech and DeFi, joining many European industry conferences as a speaker. In early 2019 he moved to London, where he founded Growence Group.

As the company grew, with Innovable’s B2C unit’s launch and the growing interest of investors in Pre-Seed, Growence Group evolved into Horizone Group Ltd welcoming Eleonora Rocca and Elle Innovation in it. He currently is Horizone Group Ltd’s Co-Founder and CEO, focusing on B2B units and developing new internal formats that will be launched in 2021 and 2022.